This is a re-post of a previous blog that has been on my mind lately. Though I wish healing was a quick fix, time continues to prove that complete healing takes time. Ever since I can remember I have suffered from allergies.  While I was a kid it was mostly seasonal stuff.  When my nose ran like faucet in the spring and fall, my parents would dose me up with Benadryl and I would somehow make it through the school day sleepy and half drunk.  When I became an adult, however the symptoms seemed to get worse.  Apart from a years worth of  visits to an allergist while in Savannah, I mostly coasted along on a constant regime of Zyrtec and theology of suffering until last October.

A funny thing about getting really sick is sometimes you don’t realize how very ill you are until you just absolutely crash.

As fall rolled on I gradually felt worse and worse, but kept pressing on with life.  There were kids to raise and trips to take.  I didn’t have time to be sick.  Then in the middle of our grand fall road trip to DC, I just couldn’t press on anymore.  We were standing in front of Monticello when I finally cried uncle.  After months of pushing myself through the pain and fatigue, I just stopped.  On the verge of tears I told my family that instead of exploring the wonders of Monticello, we would instead have to tour the nearest Med-Stop as I couldn’t breath well enough to even climb the steps up to the home.  After a mercifully brief wait, I was diagnosed with an acute sinus infection and loaded up with antibiotics. [caption id="" align="aligncenter" width="259"] 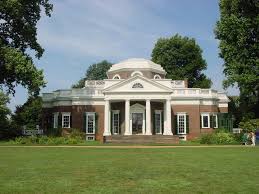 O Monticello, one day we will return. Photo credit Wikimedia commons.[/caption] Even after we arrived home, I was laid up on the sofa for another two weeks, including another trip to the doctor and an added round of antibiotics.  The drama of this experience served as a wake-up call for me to finally take treating my illness seriously.  I made an appointment with a local allergist ASAP. My new allergist tested me and signed me up for something called shot rush.  This small form of torture consists of getting shot in the arm with the very items you are allergic to in twenty minute intervals for two full days (they give you a ton of medicine along the way so you don’t go into anaphylaxis).  The thought that kept me going through this endeavor was that I was going to feel better and feel better fast. Alas, my understanding of “rush” proved a bit idealistic.  I did start to feel some better once I got up to my full strength shot solution during rush and launched out into endless weeks of immunotherapy.  But it was a change that was measured more in inches than miles. SLOWLY I began to heal week by week, shot by shot.  And it turned out there was more to the story.  As I began to take healing seriously I realized it was going to require more than me taking a pill or getting poked in the arm regularly.  My healing  was going to involve me actually changing the way I lived my life.  Such as giving up carbs and dairy and long walks through a field with my dogs (not to mention kicking said pollen covered dogs out of my bed).  It was hard for all of us.  But I just kept telling myself I was choosing healing and that I would feel much better very soon.  That is until a new allergy season would hit, my symptoms would flare, and I would feel like poo again.  I’m not sure if a shot in your arm can taste bitter, but those weeks I really think they did.

Twelve months, twenty five pounds, and a ton of pretty days spent indoors later, I am finally beginning to notice a real difference.  I made it through the whole fall without a sinus infection, and for me that’s a really big deal.  I even felt so good the other day that I got brave and took the dog for a lap around the neighborhood.  But I know its not over yet.  I didn’t get in an allergic mess overnight and it will take another couple of years before I am fully healed.  Until then I’ll be spending quality time on a regular basis in the office of my BFF, Sara the shot nurse.  But that’s okay. For if there is one thing my body has taught me it is that healing takes time.  And when the damage has built up for years, how can we expect anything different?  This is true for all kinds of body illnesses as well as the non-body kind. I’m thinking there must be a reason for the length of the healing process.  Because healing does not just consist of my sinuses not swelling in response to various pollens, but of my entire self being changed and made well.  It is a bit of a hero’s journey.  And the point of the hero’s journey is always more than just to get to a new destination, it is to transform the traveler, herself.   And that is a journey worth taking and a result worth waiting for. Do you have a story of a healing process that took WAY longer than you wanted it to?  Did it teach you anything about yourself or change you in some way?  Was it worth it in the end? Post note: As my anxiety is beginning to heal,  I can tell a real difference in my allergies. As my psychiatrist says, “fixing one thing helps everything” (especially when that one thing is stress). I still wish both my anxiety and allergies would clear up overnight, but am learning to be grateful for gradual steps of healing.]]>