Blessing from the broken places

how to manage your anxiety, and I am not teaching it because I’m a seasoned mental health professional who has studied anxiety treatment for years (that would be my husband).

No, I am the one who lived through and practiced anxiety treatment for years as I learned to manage my own anxiety disorder.

For me it started in seminary although in many ways it had been coming on for years.  I had been on a multi-week mission trip to Africa and had been taking an anti-malarial drug called Larium.  The drug had been quickly approved by the FDA for the Gulf War and was now on the market for general use.  All my trip mates noticed we felt a little funny on the day of the week we took the pill during our trip.  People had weird dreams and felt edgy.  But when I got back home things turned much worse.  I began to have full out panic attacks though I did not understand what was happening at the time.  I called my doctor to tell him I thought the medicine was having negative affects on me.  He reminded me how bad malaria was and said Larium had no listed side effects.  I took the pill again.  Soon after I was in the ER with a resting pulse of 125 and getting an echocardiogram reading from a cardiologist.  He told me my heart was fine and prescribed a tranquilizer to stabilize me.

I graduated a few months after the Africa trip. Looking back what I see most is not a proud graduate, but someone limping down the aisle after having wrestled with panic and IBS for weeks on end.

Thus began my education with Panic and Anxiety.  A course I still study to some degree 15 years later.  The year after the trip to Africa I learned a great deal about psychiatrists and psychotropic meds.  Not to mention gastroenterologists and a host of other medical types for anxiety is a full body event.  I also learned about therapy and life style changes. By the end of the school year we had moved to an new apartment where I could walk to a nearby organic grocery store and had taken up yoga.  I chose a low stress job after graduating so I could concentrate on getting healthy and strong while my husband finished his last year of school.  By the end of the following year I had even stopped being so angry at the makers of Larium and the FDA.  I was already what some called “tightly wound” and under a lot of stress anyway.  Combine these predispositions with my particular body chemistry and you have some good reasons why I was the only one in my group who reacted so badly to the drug (though I did file a complaint to the FDA which along with a host of others’ complaints helped get panic attacks listed as a side effect for the drug).  I counted the incident as a gift in a way as it helped me understand something important about myself. [caption id="attachment_797" align="aligncenter" width="560"]

I graduated a few months after the Africa trip. Looking back what I see most is not a proud graduate, but someone who limped down that aisle to get that diploma after having wrestled with panic and IBS for weeks on end.[/caption] After recovering from this initial bout of panic and anxiety, it would spiral around again from time to time.  Most times I would realize I had let things get to stressful in my life or had forgotten to take good care of me.  I tried to learn more and deeper lessons each time. The anxiety comes around less now.  I am able to catch it a little quicker and easier than I used to.  Even with this improvement, it still frustrates me to no end to have to deal with anxiety whenever it rears its head again.

And then the last time anxiety knocked on my door I had a different thought.  What if I stopped wishing anxiety away, but instead embraced it as an opportunity to bless others?

After all, I am not the only one who struggles with a racing heart and shallow breaths.  Last I checked there are something like 40 million American who struggle with anxiety.  Surely after all these years of struggling and learning (and living with husband who treats mental health issues for a living) I have gathered some wisdom to share. But still I resisted.  For this is not the kind of wisdom most people are proud of.  We are all excited to shout from the rooftops that we have graduated from college or aced our licensing tests.  But no one really wants to post on Facebook, “Finally managed to stave off a panic attack today while going to dentist.” or “Was scared as crap, but braved the five hour flight anyway.” There is still a stigma associated with mental health issues that holds us back. For me there was the assumption that our wisdom should come from our strengths.  That we can only teach people out of the places where we excel.  And can one really excel at a struggle?

But the older I get, I realize maybe that’s exactly where wisdom comes from.  The hard parts.  And if we really want to bless someone, we will take a note from Jacob and not just share from our strong places, but from what has made us limp as well.

So to that end, I present to you: 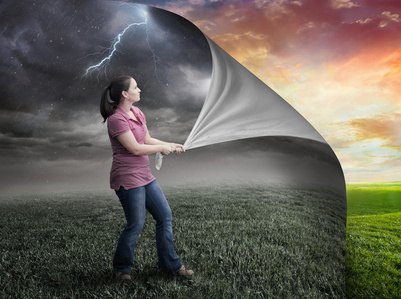 Help and Hope for Anxiety

an eight-week class taught by

Class will be held at the Spare Bulb at Bare Bulb Coffee in Kathleen.

If you are in the middle Georgia area and this sounds like it would be good for you, please contact us!  We’d so love to have you in the group. Otherwise, please pray for us as we try to be brave and a blessing, even in the broken places.

3 thoughts on “Blessing from the broken places”